Peter Lyndon-James is a passionate advocate for social change. Speaking from personal experience that saw him in and out of prison for over 26 years, and leading a life of drug dealing and addiction – Peter Lyndon-James offers a level of insight guided by a true belief in the possibility of change.

Peter’s journey began as a young child, neglected by his parents and incarcerated at the age of 9 – the beginning of a life spent in and out of institutions, including almost every jail in Australia for over 20 years.

Dealing up to 2.5kg of methamphetamines a day; violence, drugs, guns, prostitution, burglary and theft – Peter is no stranger to the dark underworld that is a breeding ground for addiction and crime. 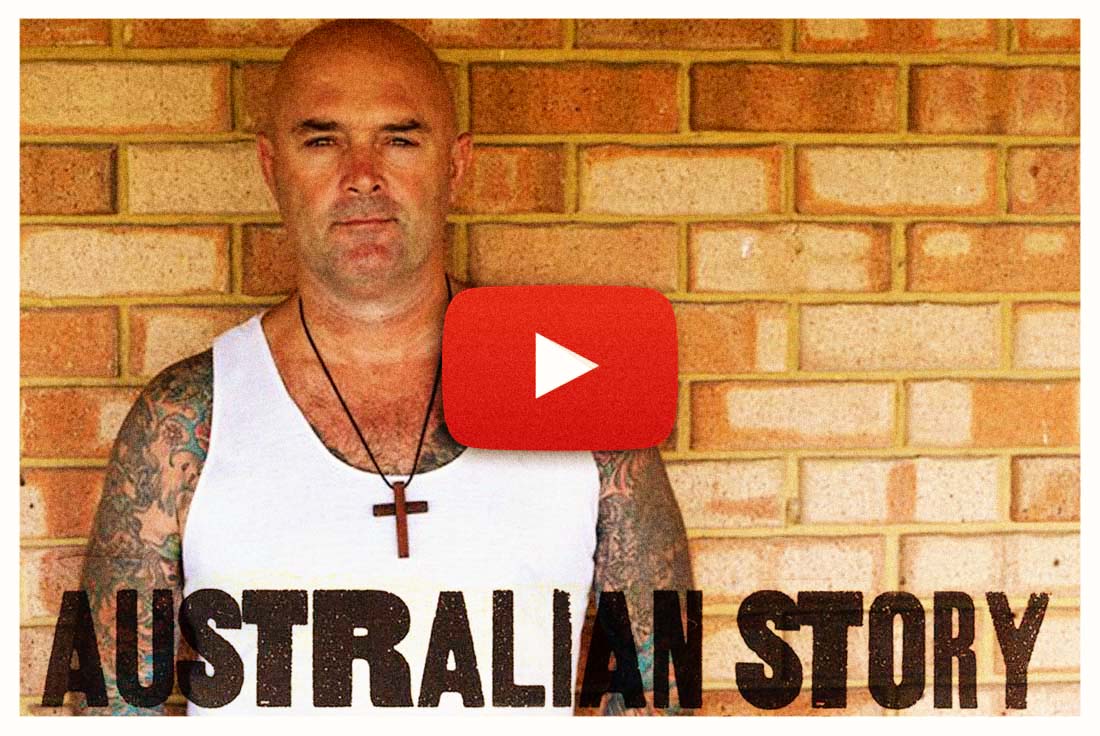 Shalom House specialises in two key areas; transforming lives and showing families how to bring a person to the point of wanting to change.  At the same time, the system that has been created by Peter works to protect the family and minimize the damage to the hearts and lives of everyone involved.

Currently housing over 140 men and receiving dozens of calls a day, Shalom House is at capacity.  Peter is working to expand the program and has developed the system to be expandable and self-sufficient.  His work as a public speaker is a part of the journey to spread the word and help men, women, children and families deal with the damage of addiction.  If you’d like to get in touch with Shalom House, please follow the links below.

Although Peter lived a life of incarceration, drugs, addiction and crime, there was a voice inside him that told him that his life had a purpose.  Institutionalized from the age of nine, it was only in 2001 that Peter’s life changed for good.  The voice in his head made it’s way to his heart, and broke him free of the prison he’d been living in for over 20 years.

“I hated who I was and what I stood for.  I hated everything that I had become, but I didn’t know how to change.”

Peter’s life underwent a complete and fundamental change, and his calling since that change has been to help change the lives of others, or bringing them to the point that they want to change.  In July 2012, Peter started Shalom House, a men’s rehabilitation center that has the reputation of being Australia’s toughest and most successful.  It’s here that Peter implemented the lessons from his own life, and used his experience in addiction to help transform the lives of men and families.

Peter’s family is the drug addict, the thief, the prostitute, the adulterer, the rejected, the despised.  The people society spurn and dismiss.  These are the family that Peter cares for through his written and spoken word, and through his actions as CEO of Shalom House.  Behind Peter himself, is a solid and loving family, his wife of 28 years and his children.

“I get the privilege of to wake up next to my wife on a daily basis, knowing that she still loves me and that makes my heart flutter.”

Continuing to work as full-time volunteers at Shalom House, Peter and his wife Amanda help facilitate the healing of addicts and their families.  Peter Lyndon-James seminars are available for schools, universities, corporations, individuals and teams and seek to help engage people with truth, honesty, integrity and compassion.

For further information about booking or attending a seminar, get in touch using the links below.